Coval's vision as vacuum managers is to be the world's leading solution provider of vacuum automation technology.
Through innovative company culture, service excellence and knowledge sharing we aim to be a driving force behind our clients' business performance worldwide.
Being a vacuum manager means going beyond the role of the traditional component supplier.

The idea is to be a consultant, a solution provider and a business partner who can resolve our clients' day-to-day problems and, through sincere commitment, improve the efficiency and productivity of your installations.

The essential thing is to ensure that our clients feel comfortable, confident and satisfied being associated with us.

1997: Factory expansion, setting up of a new Research and Development plan, creation of the GVA and VR series of micro vacuum generators.

1998: Coval patents a new material Siton®, known for its resistance to high temperature and abrasion.

2001: Coval launches a new vacuum technology: the GVMAX vacuum pump - for use in the automotive market.

2002: Creation of a new range of handling systems and development of the VACUOSTAT range.

2003: M.Michel CECCHIN becomes the new CEO, with M.Jerome VERNET as Managing Director. COVAL now gives priority to innovation and consolidates its position as the French market leader. Thanks to continuing its export development, COVAL is now acknowledged at European level in the domain of vacuum management.

2004: Launch of a new subsidiary in Spain: COVAL IBERICA

2007: Launch of new subsidiaries in the USA and Italy. 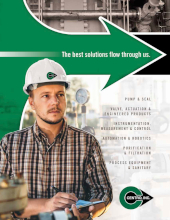 Please take a moment to download and review the CENTRO Inc. line card. By doing so, you will be able to view all the brands and products that CENTRO Inc. distributes and/or represents.
Be the first to know
Sign up for our newsletter to hear about our latest products, industry news, promotions and more!
Wait...
Read our privacy policy